An exciting new Grafton is coming!

The Grafton / What’s going on at the Grafton?

The refurbishment of The Grafton Cambridge has reached a key milestone with Phase 1 having reached completion.

Phase 1 saw Decathlon open its first store in Cambridge at The Grafton, offering an interactive shopping experience and catering for over 80 different sports, appealing to a wide range of sports enthusiasts, students and families in Cambridge.

The Fitzroy Street entrance recently reopened having undergone a major refurbishment. The entrance now features a striking double height glazed roof with feature lighting installed, which along with a new floor, creates a bright and spacious environment for visitors. Double height shop fronts have been installed to some of the larger stores and new shops have been created at this part of the centre. 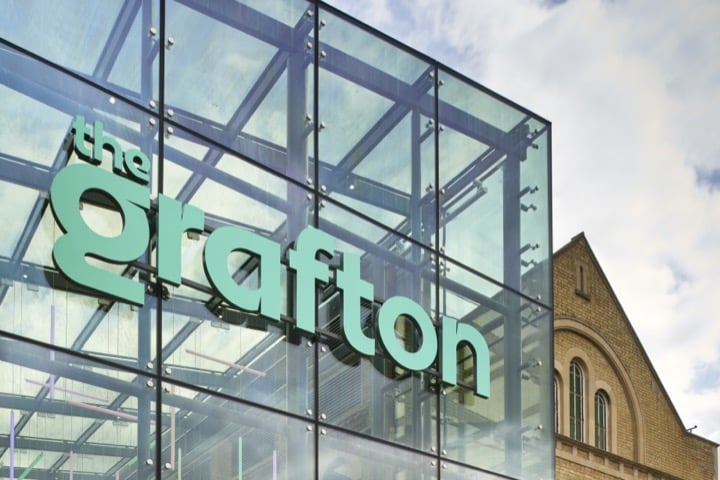 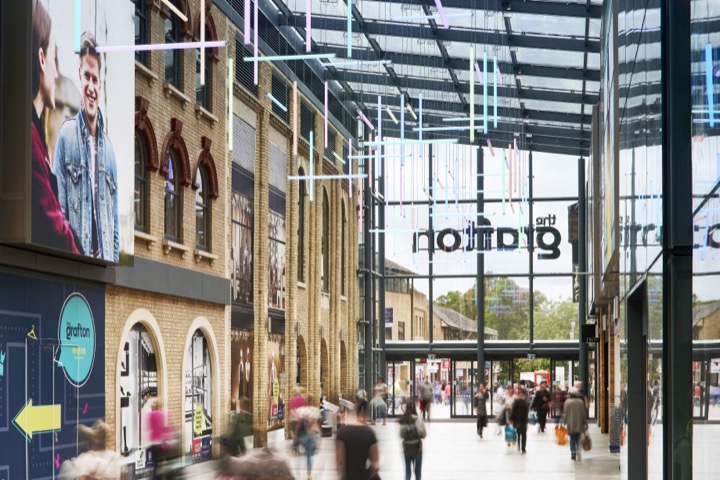 John O’Shea, Centre Manager at The Grafton, said: “Refurbishment works to The Grafton continue to progress well and we have had really positive feedback from customers about the newly re-opened Fitzroy Street entrance in particular. We’re having some exciting conversations with a number of potential new brands, initiated by the completion of Phase 1, and we’re all looking forward to the centre further evolving over the coming months.”

Grafton owner Legal & General Real Assets has also announced an increase in its investment in The Grafton by approximately £10 million, taking its total investment to £28 million. The additional money will go towards the two remaining phases of the project which involve the reconfiguration of the former BHS unit and the introduction of an exciting new food quarter.

Costa Coffee is relocating to Central Court; opening next year, it will almost double in size and will offer a new catering and seating area as part of Phase 2, which will create open spaces and feature an attractive new skylight and timber ceiling. 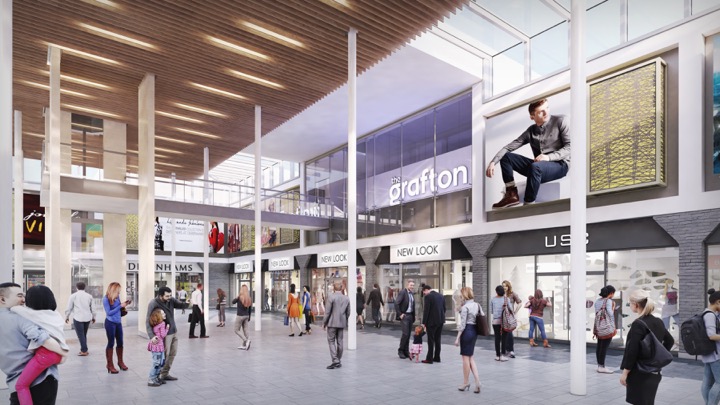 The final phase will see the reconfiguration of the former BHS unit, an important aspect of the centre’s transformation. Legal and General Real Assets has recently agreed a lease with a fashion brand for the ground floor unit and will handover to them as soon as possible.

A well-known gym operator has also submitted a planning application to occupy part of the former BHS unit. This, alongside the creation of a new food quarter, will enhance the centre’s leisure offering and complement the 8-screen Vue Cinema.

The refurbishment of The Grafton is being undertaken by Wrenbridge, a London and Cambridge-based developer, with projects across East Anglia and the South East of England.

The Grafton’s £28 million refurbishment programme includes major improvements to the shopping environment throughout, upgrading entrances, flooring and roofs, to create a bright and modern environment for visitors to enjoy. Legal & General also plan to enhance the centre’s retail line-up through the reconfiguration of retail space and creation of new units and anchor opportunities.